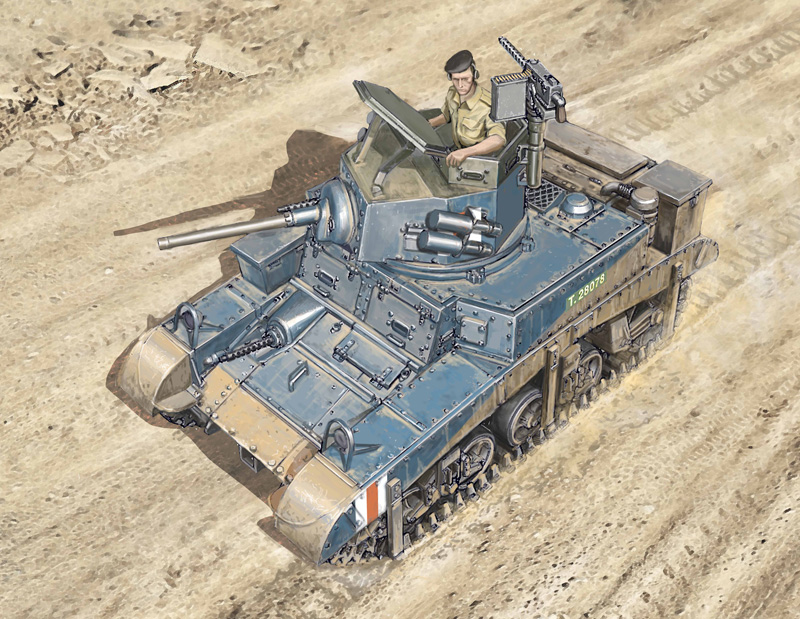 The light tank M-3 Stuart began to equip U.S. Army since the beginning of 1941. Powered by a 250 hp air-cooled engine was able to reach 60 km/h. It was used in a large numbers on the Mediterranean theater of war during Operation Torch, the American landing in North Africa. The M-3 was characterized by a relatively light armor of only 45mm. and an armament consists of a 37mm. main gun too small to penetrate the armor of Axis medium and heavy tanks. After the failures obtained against the German tanks, it was used almost exclusively for reconnaissance tasks flanking medium tanks like Shermans. In the theater of war of Pacific characterized by particular environmental conditions and the presence of a lower number of enemy tanks, M-3 was able to provide a good service level in infantry close support duties.