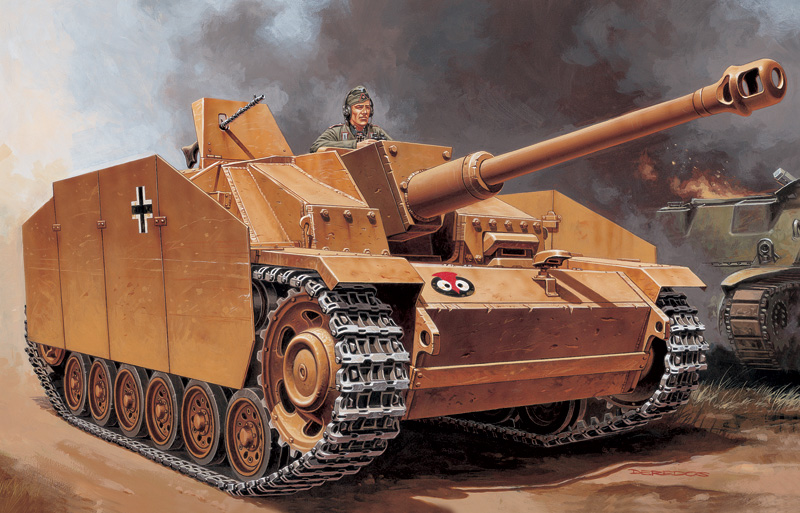 The "Stug" III was the most famous assault gun adopted by the German Army during the Second World War. It was developed on the reliable Panzer III medium tank chassis and it was armed with the L/24 75 mm gun installed in a fixed superstructure. Cheaper and easier to produce than the conventional tanks, the assault-gun was widely used on all fronts and it was very effective as infantry support and, in the latest part of the war, as tank-destroyer.