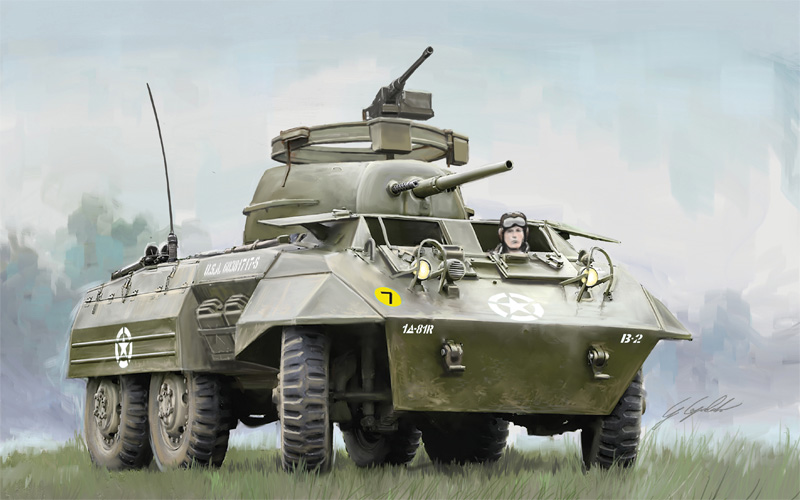 This armoured car was standard issue with the reconnaissance units of the U.S. Armoured Divisions in Europe during the second half of 1944, and was extensively used by the free French Forces during the liberation of French territory. The M-8 was characterized by a futuristic shape for its time and high mobility. At the same time it did not have sufficient armour and armament to fight the German tanks. The open turret did not offer any protection for the crew. After World War II the Greyhound was widely used by many European armies.