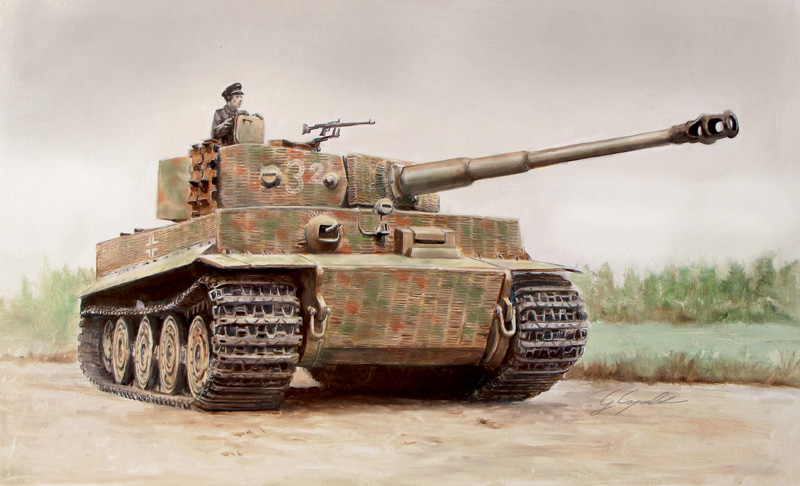 The Tiger was certainly the most famous armored vehicle of World War II. Its fire power (thanks to its main armament based on the lethal 88 mm. gun) and the strong protective armor, made it the dominating factor on all battlefields during the years 1943-44. It was, however, affected by considerable problems, due to its complex mechanical construction. The Tiger crews were continuosly engaged in maintenance work, which was aggravated through extreme conditions in the African desert and the Russian Plains.