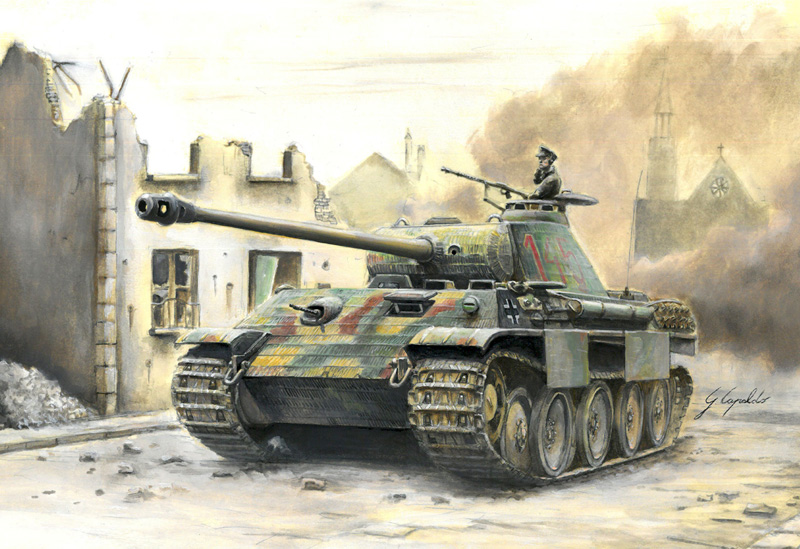 Set with acrylic paint, glue and brush.
The "Panther" was definitely one of the most famous tanks of World War II. Developed  as a direct answer  to T-34 and KV-1 Soviet tanks   that outclassed, in terms of performance and armament, the Panzer III and Panzer IV on the eastern front. Powered by a 12V Mayback 690 hp engine, it was armed with the very effective, especially for anti-tank use, Kwk 42 L/70 75 mm gun.