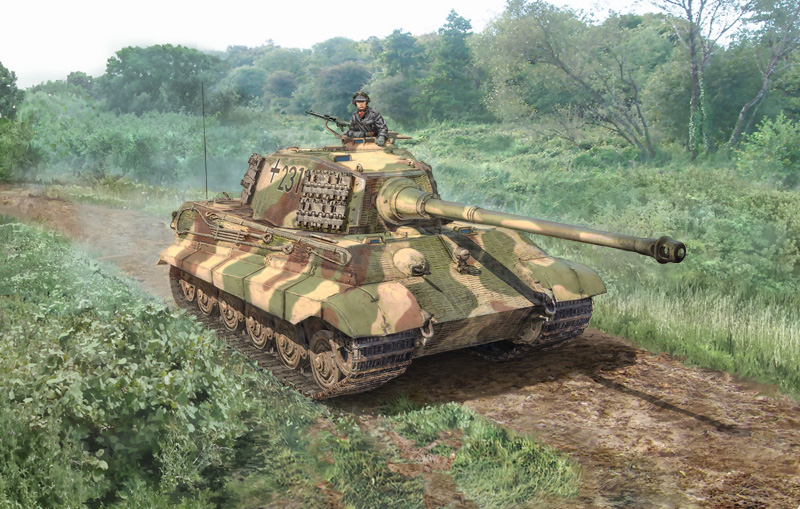 The heavy tank Sd.Kfz 182 Panzer VI Ausf. B "King Tiger" came into service with the German army since mid 1944. Compared to its predecessor, the Tiger I, several differences and improvements have been adopted : a completely new chassis, a stronger armor characterized by the sloped frontal hull (bringing to a total weight of almost 70 tons) and the lethal 8.8 cm KwK 43 L/71 gun as main armament. Thanks to its Mayback V-12 engine the King Tiger was able to reach the maximum speed of 42 Km/h. For the mass production two different turret solutions has been used : the Porsche turret, at the beginning, and the Henschel turret for the most of the units produced. Both ot them were able to load 80 rounds for the main cannon. The first combat use of the King Tiger was by the 503rd Heavy Panzer Battalion during the Battle of Normandy on July 1944.