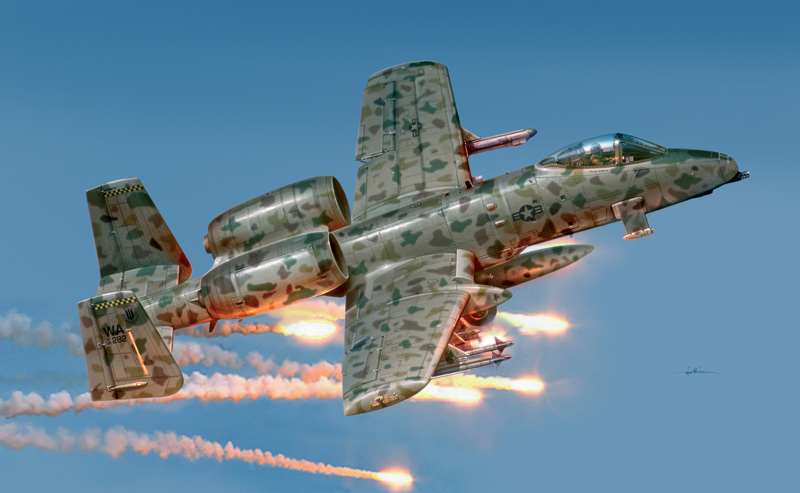 This big but very manoeuvrable twin-engine assault aircraft is specialized in anti-tank warfare, and has been in service with the U.S. Forces for about 20 years. It has thus been the backbone of the ground support units. The A-10 is well known for the exceptionally sturdy fuselage and its powerful 30mm gun, which has the power to destroy enemy tanks. These features were demonstrated during the Gulf War in 1991. The aircraft is also used for surveillance and scout tasks for other Air Force Units.