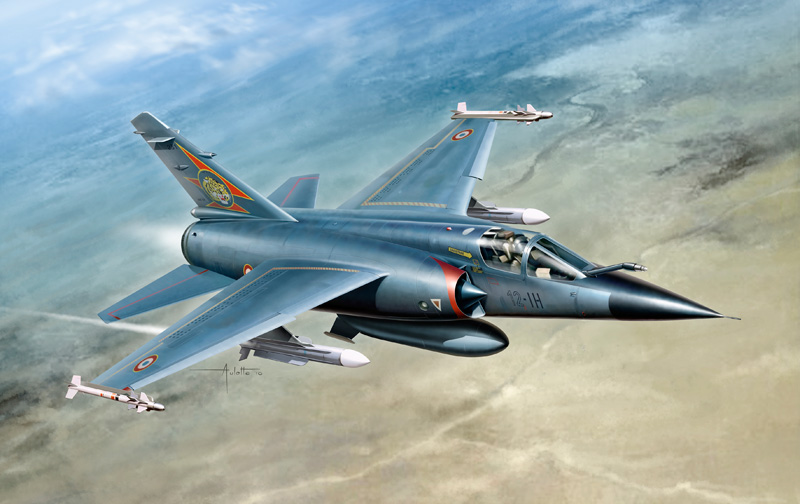 The Mirage F1 was built to replace the preceding and notorious supersonic delta-wing Mirage III, which, thanks to its characteristics, allowed the French aircraft industry to achieve great technological superiority in the 1960s and 70s. The fighter version of the F1 Mirage entered service with the French Air Force in late 1973, and, within a few years, replaced all of the preceding Mirage III aircraft. Over the years the F1 has evolved due to the availability of new weapons and electronic equipment, which allowed it to remain in service until only a few years ago when, at least in France, it was replaced by the Mirage 2000 series. This elegant aircraft achieved major commercial success when it was exported in order to equip the air forces of several countries including Spain, Greece, South Africa and ten other nations in the Middle East and Africa.