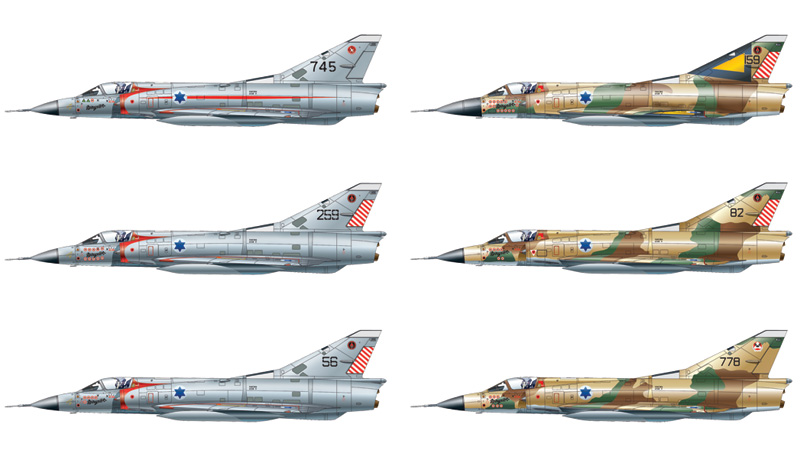 
Most of Israeli pilots that have achieved the “aces” qualification were in service from the 60s, participating in the “Six-day war” in 1967 and in the aerial battles which followed in 1969-70, culminating in the “Yom Kippur war” of 1973, with the Mirage III fighter plane. Many of them remained in service moving on to other types of aircrafts which progressively were handed to the units: F-4 Phantom, Nesher and then F-16. This box is dedicated to some of these pilots that achieved part of their victories with the Mirage III between 1967 and 1973. Most of these pilots belonged to the 101st Squadron, which at the time of the 1967 War was the elite unit of Israeli aviation.