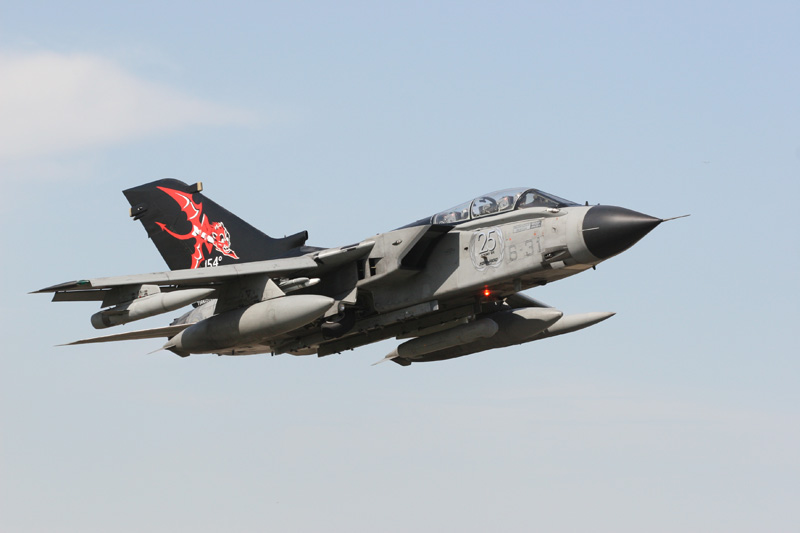 The multi-role combat aircraft Tornado was jointly developed and built by a multinational collaboration of Italian, German and British companies. After forty years from the set up of the development, the Tornado is, still today, an aircraft with a significant operational capability. The Tornado is a twin-engine, variable sweep wing able to perform well as a low-level supersonic strike aircraft and able to “follow” the ground profile. The most successful commercial version was the ground attack variant  IDS (Interdictor and strike).  Later on, from the IDS version, the ECR (Electronic Combat and Reconnaissance), built as platform the electronic warfare and air defence suppression, has been derived.