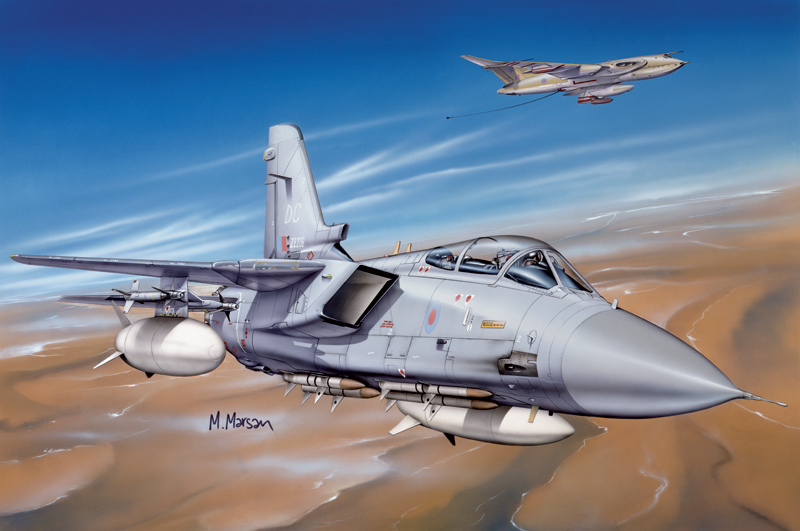 This version of the Tornado was developed to cover the role of air superiority and as a fighter plane for the Royal Air Force. The Tornado serves to replace the aging Phantom and Lightning since the beginning of the Eighties. The F.3 is largely based upon the bomber version, aerodynamically more refined and equipped with totality different electronic gear. It carries Skyflash air-to-air missiles. During the Gulf War F.3s carried our long range missions, but did not encounter direct contact with enemy aircraft.