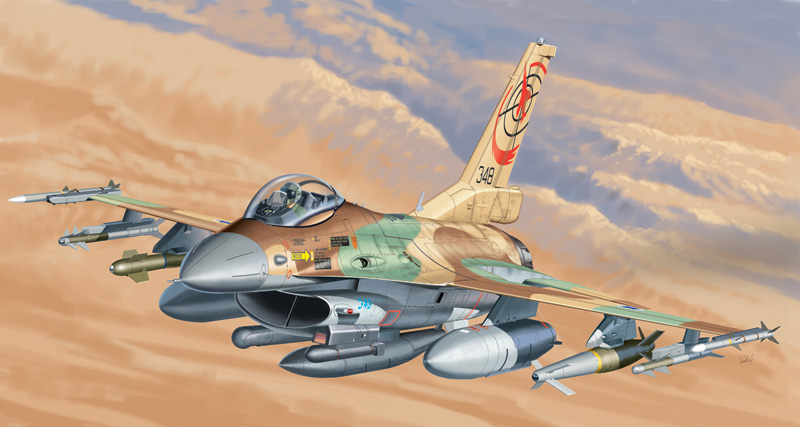 The Israel Defense Force operating a total of 362 F-16s, from early F-16A/Bs to the latest F-16I Sufa. All Israeli F-16s are fitted with custom Israeli electronics. Israeli F-16s have been used extensively in combat, and scored 47 kills to date. They were also used in the bombing of the Iraq's nuclear reactor in Osirak. They had a number of internal changes that were unique to Israeli requirements, including the fitting of chaff/flare dispensers. In 1992 all IAF F-16A/B's (excluding the latest batch of Netz 2 aircraft) went into an upgrade phase at Israeli Aircraft Industries (IAI), where wings were structurally reinforced, and Elbit's advanced flight and mission management system was installed. The F-16C/D's named locally “Barak” has been ordered received Israeli ECM systems (manufactured by Elisra), and flight management computers (made by Elbit). The extent of the modifications called for a different model designation ,IF-16. The F-16C's in service by the IDF, is powered by a General Electric F110-GE-100 engine, with an enlarged air intake.