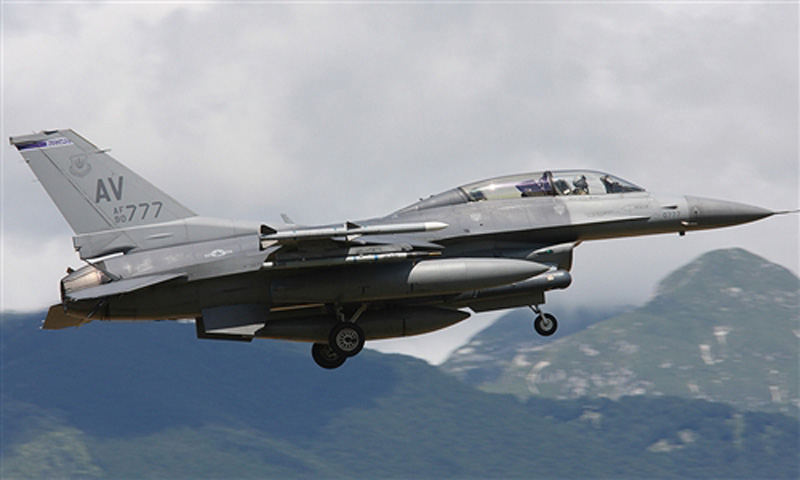 The F-16 is the most widely used combat fighter aircraft in western air forces. After entering service over 30 years ago, this is valid testimony to the quality of the original concept. This has been supported by constant upgrades during its operational service. The F-16 was developed to meet USAF requirements as well as to offer allied nations a fighter to replace the existing F-100s, F-5s, F-104s and Mirages in the late 70s. A revolutionary new aerodynamic profile gives the F-16 excellent flying performance and great maneuverability. Together with the single seat version, the double seat was developed to train pilots in this new aircraft. Originally conceived to learn the increasing capacities of new electronic technologies, these training versions have been progressively converted to a true attack aircraft by the U.S. and Israeli Air Forces. They are deployed next to the fewer and more expensive F-15’s. The most recent F-16 DG and DJ versions are based on the Block 50 cell. Thanks to their sophisticated night vision systems with electronic equipment which allows for the use of laser and satellite guided ammunitions; this machine has turned into a real multi-role aircraft. These two seat aircrafts have been widely used by the US Air Force in the Iraq and Afghanistan campaigns.