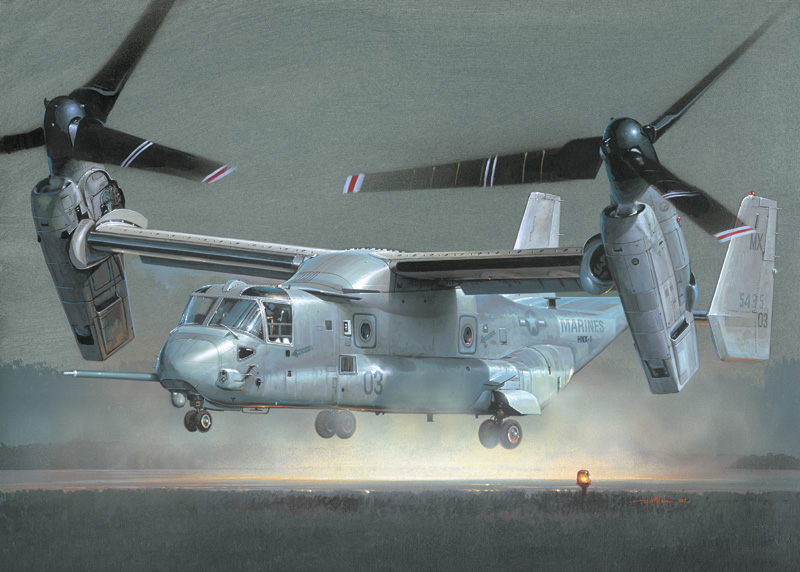 The V-22 Osprey convertoplane is now being distributed to evaluation divisions of the US Navy and Marines to define piloting and use methods for this new, revolutionary aircraft. Thanks to its large, swing-rotors, the Osprey is able to take off and land just like a helicopter. Once off the ground, thanks to the rotation of its engines, it flies like a normal plane, reaching the speed and range hitherto unheard of for a traditional “chopper”. The V-22 is set to replace the old CH-46s as a transport and assault aircraft for the Marines, and in future, it will be used for the Special Forces’ aviation too.