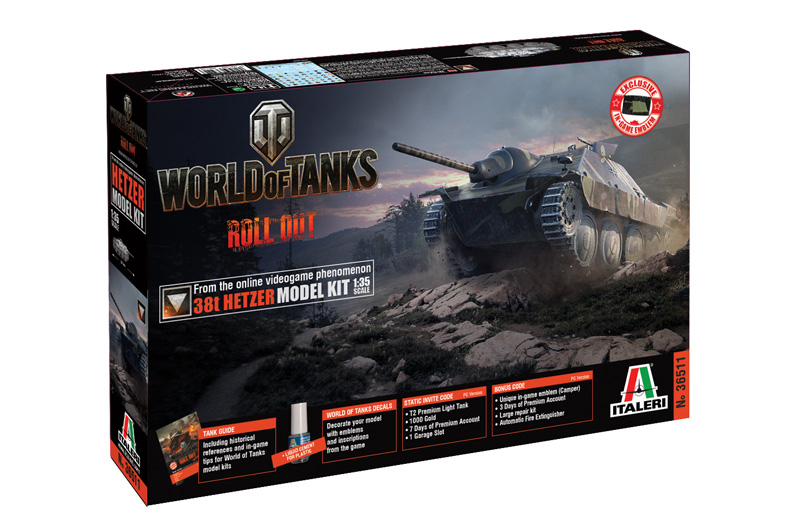 
In 1943, the Wehrmacht were experiencing a dire shortage of StuG III tank destroyers because the joint U.S.A.-U.K. air raids caused considerable damage to the Alkett company’s factory that produced these vehicles. December 1943, a decision was made to utilize the working capacities of the BMM company in Prague to start production of tank destroyers. Components of the Pz.Kpfw. 38(t) tank were widely used in the new vehicle. The first prototypes were produced in March 1944. More than 2,800 vehicles were built by May 1945.

It is a very different tank from its predecessor, the Marder II. Initially, its poor speed and restricted arc of fire seem to be a downgrade from the long-range firepower of the Marder II; a point that provokes a lot of mixed opinions from players. It takes some time, and a few upgrades, to unlock the Hetzer’s true potential and to allow its excellent sloped armour, low profile, and powerful guns to come to the fore. Tier IV and under tanks will fear the Hetzer due to the extremely powerful 105 mm gun that can one-shot all Tier III and most Tier IV tanks.