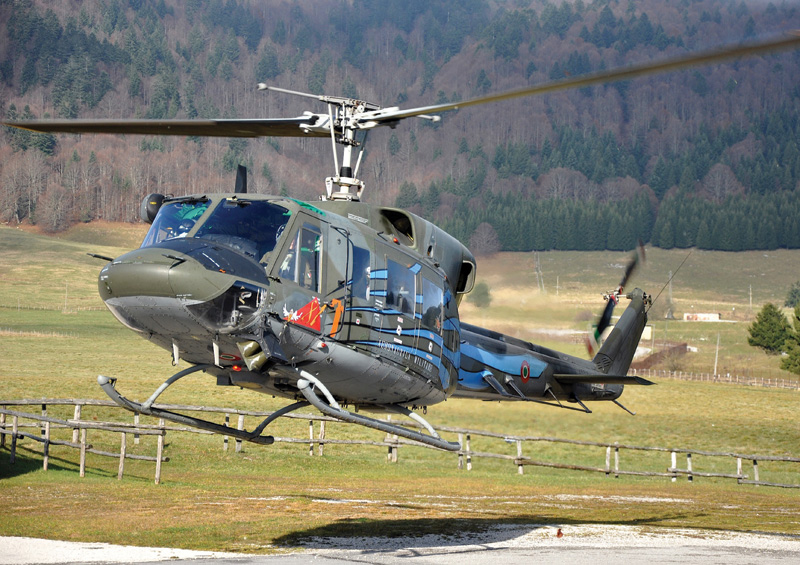 he Bell UH-1N "Twin Huey" was developed in the late 60's for a specific requirement of the Canadian Air Force who needed an improved version of the previous UH-1H. The project was built on the basis of robust fuselage of the Bell 205. The main difference, however, was the engine. The UH-1N’s main two-bladed rotor was powered by two turbine engines capable of delivering 1,800 HP. This allowed an improvement in the cruise speed and an increase in the maximum transportable weight.  Furthermore, thanks to its reliability, the “Twin Huey” was able to ensure discrete flying performance even with one engine fail.  In various configurations (the UH-1H was in fact produced in the United States, Canada, and under license in Italy) it was used by numerous air forces, and for different duties thanks to its extraordinary flexibility.