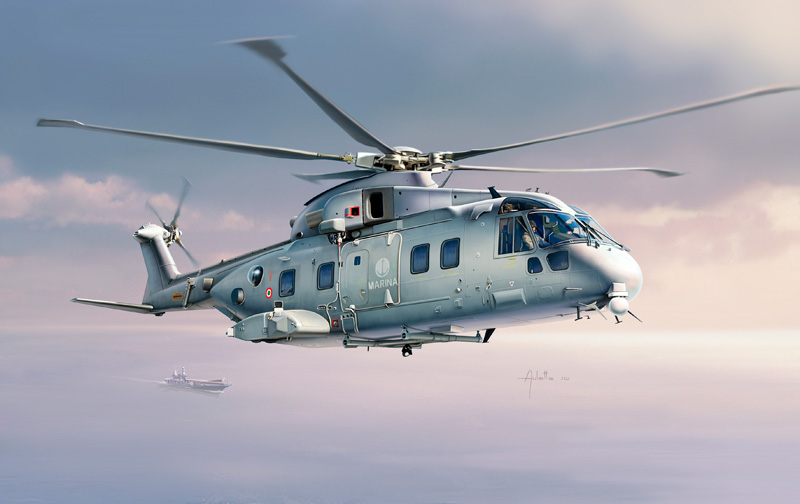 The Agusta Westland AW101 is a medium/heavy-lift helicopter for military applications but also marketed for civil use. The helicopter was developed as a joint venture between Westland Helicopters in the UK and Agusta in Italy (now Agusta Westland). The aircraft is manufactured at the Agusta Westland factories in Yeovil, England and Vergiate, Italy. In spring 1977, the UK Ministry of Defence issued a requirement for an anti-submarine warfare (ASW) helicopter to replace the Royal Navy's Westland Sea Kings. Meanwhile, the Italian Navy was also seeking a replacement for its SH-3D/H, leading Agusta to discussions with Westland about the possibility of a joint development.