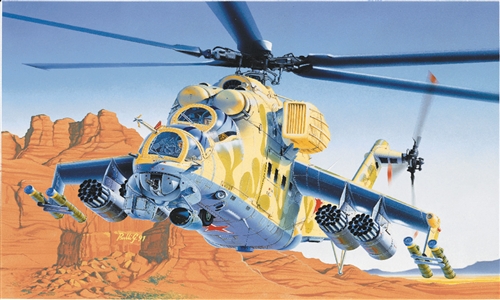 The Mi-24 is one of the most powerful combat and attack helicopters available today, despite the fact of being in service for more than 20 years. Built according to Soviet Military philosophy, which make these choppers true flying "battle ships" with great fire power to support helicopter attack forces. The Mi-24 is equipped with heavy protective armor against small arms fire. The helicopter has been exported to many countries and has served from Afghanistan to Southern Africa, South America and the recent gulf war.