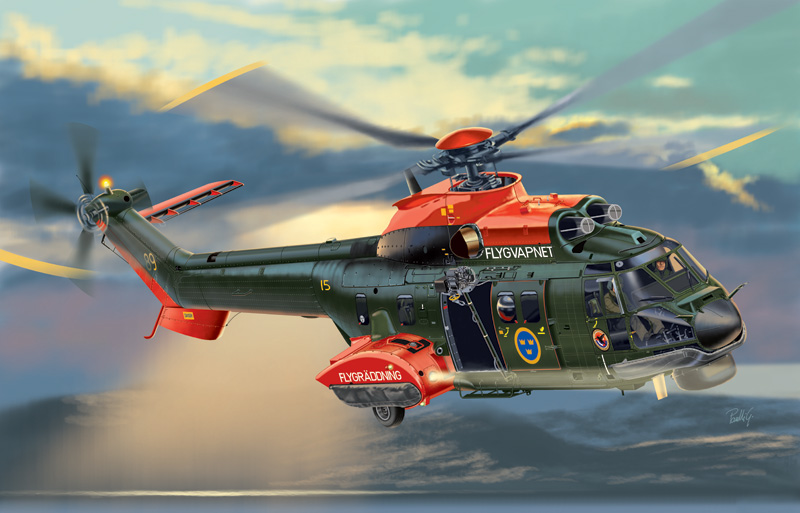 This medium attack and transport helicopter is presently in production in its most recent versions for civilian and military use in about 10 different countries. The Cougar is an upgraded and extended variant with higher loading capacity of the original Puma. It was originally planned for the French and British Forces during the sixties, it was eventually exported all over the world, operating often under extreme conditions: in Asian rain forests, Swiss mountain peaks as well as in the African desert.