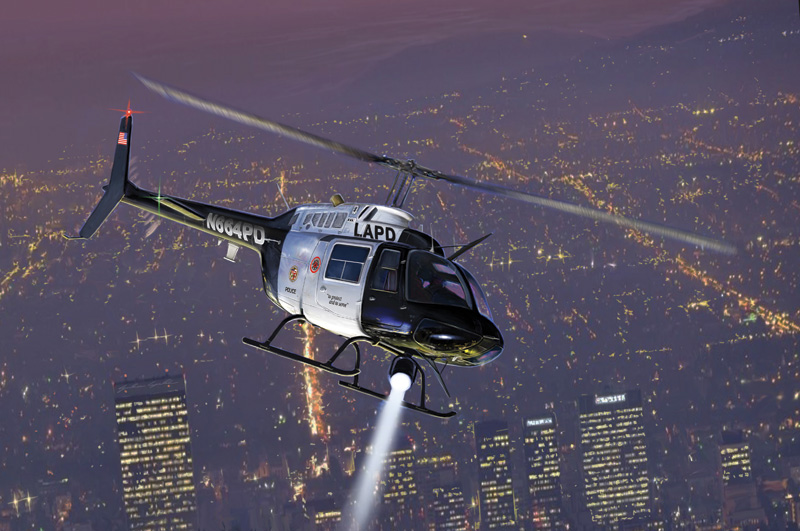 The Bell 206A "Jet Ranger" was introduced in the commercial helicopters market in the late '60s. Developed by the famous American helicopter manufacturer , the project has been setup in order to obtain a two-bladed light helicopters range able to perform civil and military duties. The essential but functional design and the possibility to carry on board 5 persons (the pilot and four passengers) are some features that support the worldwide commercial success. It makes possible to continuously enlarge and improve the variants and the versions of the Jet Ranger light helicopter family. The OH-58A Kiowa is the military version of Bell 206 and it was primarily used as scout an light observation helicopters by U.S. Army. The “Jet Ranger” has been also produced in Italy, under licence, by the Italian manufacturers Agusta as AB-206.