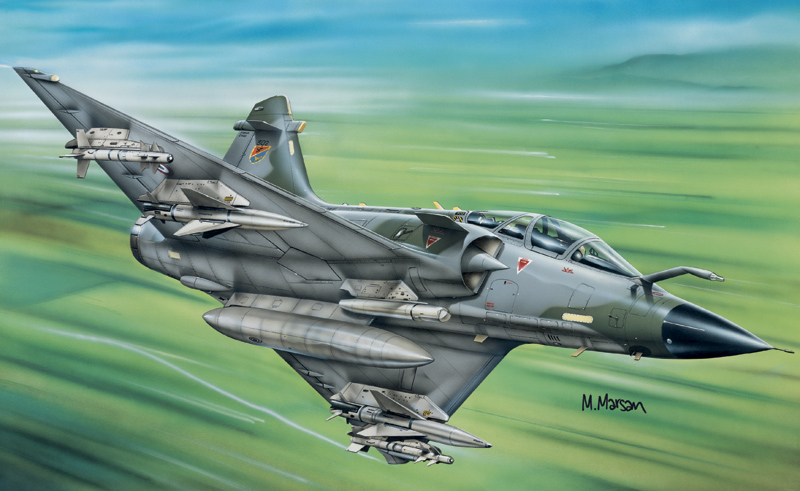 Parallel to the single-seat Mirage 2000,a twin-seat training version was released, which also serves as a nuclear attack aircraft. From this airpiane, exclusively used by the French Airforce for strategic missions, the Mirage 2000 D evolved, which is an all-weather interceptor of the French Air Force, which, until recently was lacking an advanced ground attack fighter. Soon, France will substitute its aging Mirage V and Jaguar with this new aircraft which represent an equivalent to the Tornado family.