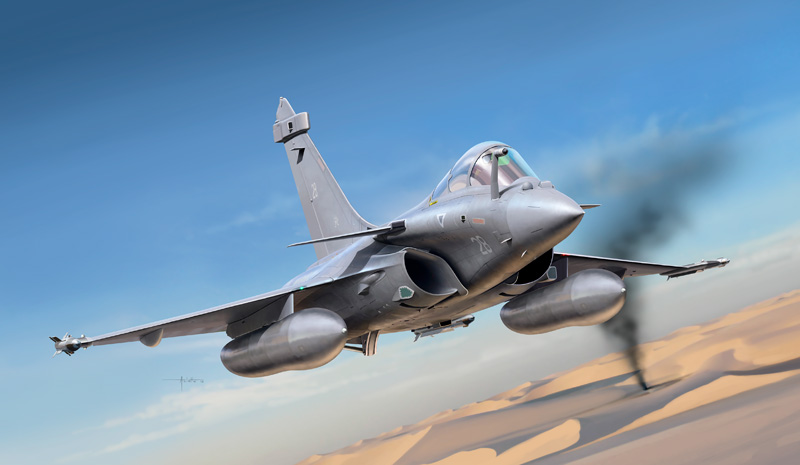 The Rafale is a fourth generation fighter aircraft manufactured by Dassault Aviation for French Air Force. Featuring a large delta wing and canard wing, and two powerful engines mounted in the tail section and a single, large rudder. It is designed to be used by  the Air Force, where it replaced the Mirage F1 and 2000 and the naval aviation were replaced the Etandard F-8 Crusader. The French Navy Rafale M were extensively used in the operations conducted on Libya in the first half of 2012 alongside the variants used by air force.