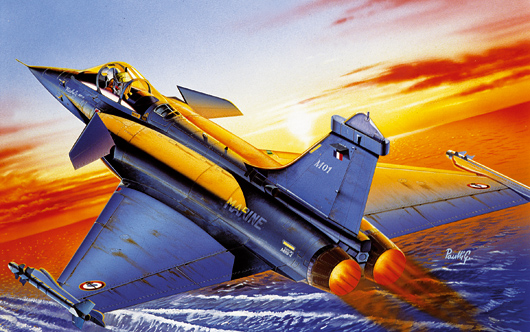 The new fighter Rafale was developed by the French industry for Frances national defense requirements. It is in experimental stage for the Air Force as C version and in its new M version for the Navy. The plane, while being apparently quite similar to the land version, it was in reality extensively modified in its structure and landing gear to cope with its aircraft carrier role.