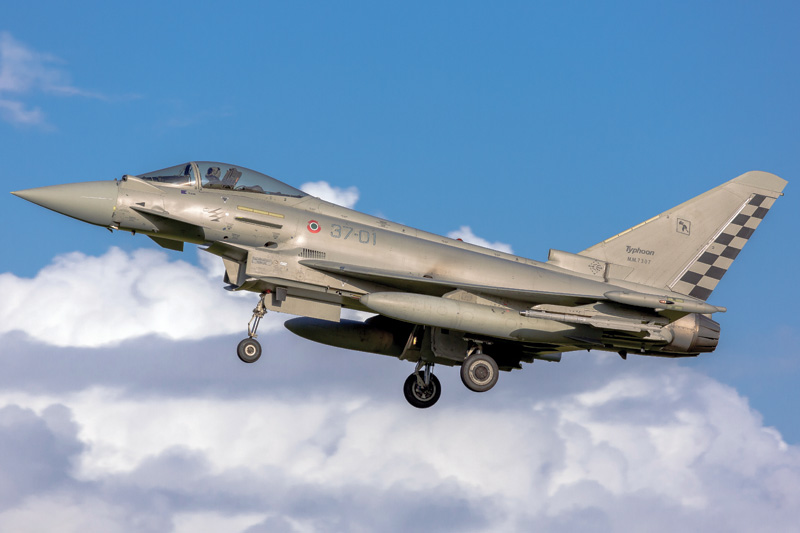 The Eurofighter project, developed from the second half of the 80s by a consortium of European companies, had the objective of produce an advanced multi-role combat aircraft with a strong specialization in the interception. The result of the project is the "Typhoon" that is one of the best air superiority fighter in the world. Its aerodynamic design is characterized by the canard-delta wing. Thanks to its two Eurojet EJ200  turbofan engines  the Typhoon is able to reach a maximum speed of Mach 2. The on board technology, enhanced by the fly-by-wire control system, allows to obtain a great maneuverability in air combat duties. Two-seater versions have also been developed for advanced training in order to ensure the gradual transition of the pilots from aircraft that, as in the case of the Italians F-104, were much more old-fashioned and dated.