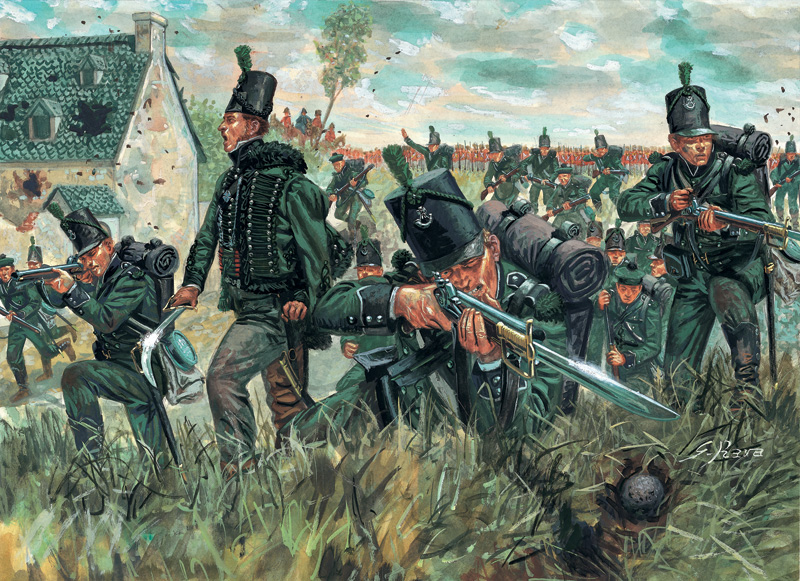 The 95th regiment was a typical “rifle regiment” of light infantry. It was one of the first units to be equipped with the Baker rifles, remarkably more accurate than ordinary smooth bore muskets. Unlike the British line infantry who wore the traditional (and easily spotted) red coats, the regiment was equipped with dark green uniforms that can be considered an early form of “camo” uniform. They fought in loose order, like all light infantry units of the time. They took part in the campaign in the Peninsula and in the battle of Waterloo.