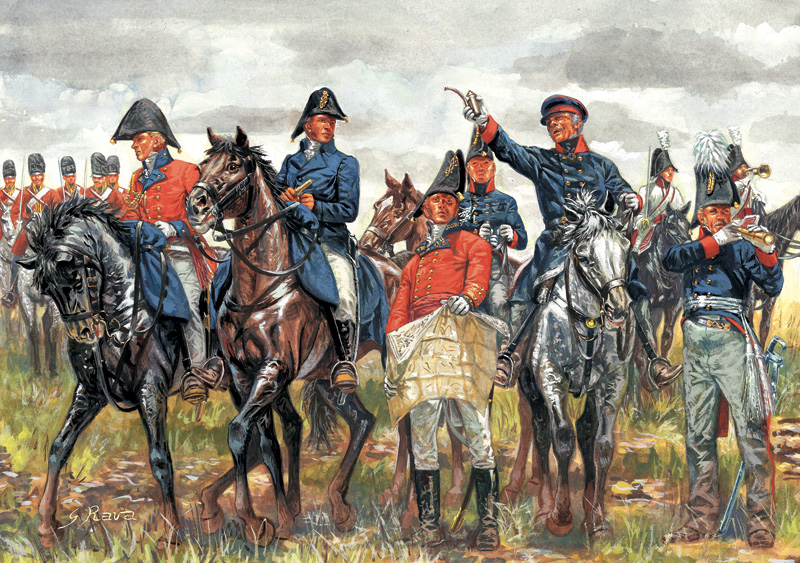 After Napoleon's return from his exile on Elba, the Seventh Coalition was hastily gathered. It comprised the main European powers opposing the French Emperor's return. The main proponents were England and Prussia. The kit represents the meeting, on Waterloo battlefield, of the two commanders in chief of the allied armies: the Duke of Wellington and the Prussian Marshal Von Blücher.