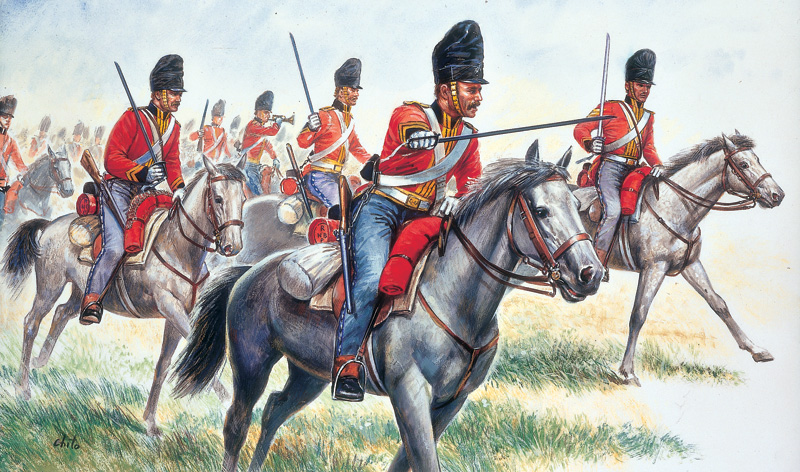 During the battle of Waterloo the heavy cavalry Regiments of Ponsonby Union Brigade, under the command of the Earl of Uxbridge, was formed by 3 squadrons : the "Royals", the "Scots Grey" and the "Inniskillings." The very  famous Union Brigade cavalry charge against the lines of Napoleon, also represented in numerous prints and paintings of the time,  contributed significantly to the result of one of the most famous battles of History.