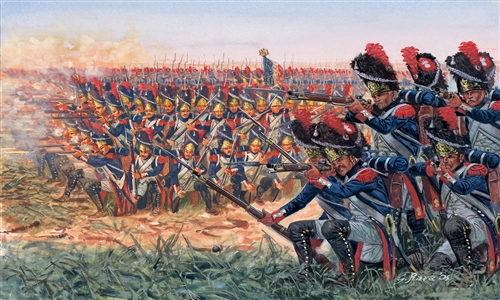 The 1er Regiment de Grenadiers-à-Pied de la Garde Imperiale was the backbone of Napoleon's “Old Guard”. A soldier could be admitted only after 10 years of service and irreproachable conduct. The Old Guard was usually employed as reserve, taking action only in decisive or difficult moments. The “grognards” or “grumblers”, as Napoleon nicknamed them, represented the most accomplished regiment in the armée until Waterloo.