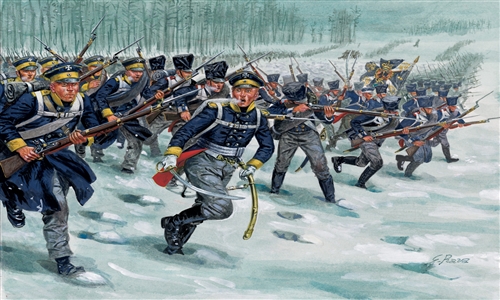 The vanguard of Prussian Infantry breaking in the Plancenoit farm, still defended by the French, is one of the final phases of the battle of Waterloo. Short after that, Wellington and Blucher, sure of their victory, met at La Belle Alliance. The Prussian infantry uniform, characterized by its oilcloth headgear and visored “mutze”, is typical of the 1813-1815 period.