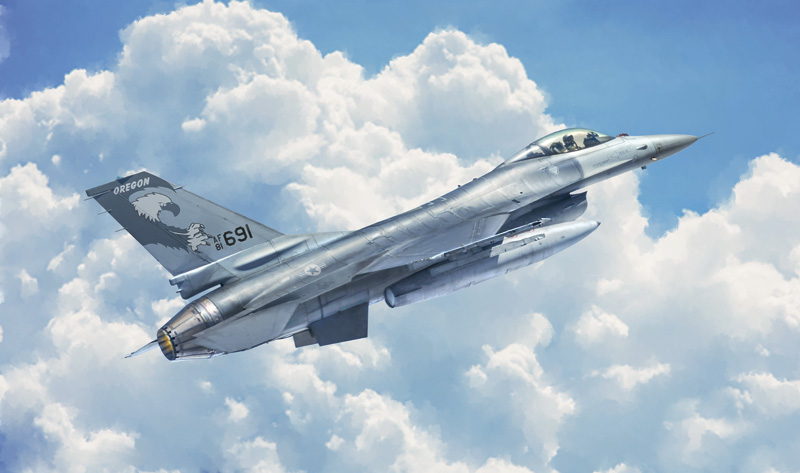 SUPER DECALS SHEET FOR 5 VERSIONS - COLOR INSTRUCTIONS SHEET
The F-16 Fighting Falcon, produced by the American company General Dynamics since the late '70s, is a real icon of the military aviation history. It was originally developed, according the United States Air Force need,  to provide a modern and effective single-seat air superiority day fighter. However the project has progressively evolved and created an all-weather multirole aircraft able to have  an extraordinary operational flexibility The F-16 is characterized by an original design easily recognizable by the frameless bubble canopy, which guarantees great visibility to the pilot. The F-16 adopted innovative solutions such as the side-mounted control stick, the "fly-by-wire" control system and modern avionics to enhance  flight and combat performances. Appreciated by the pilots for its great manoeuvrability and reliability, the “Fighting Falcon” is armed with a 20mm M61 Vulcan internal cannon. Thanks to its hard points and location, it can mount a huge range of offensive weapons as missiles and bombs. The F-16 has been adopted  by a lot of  air forces around the World and used, often with great effectiveness, in several operational theatres.