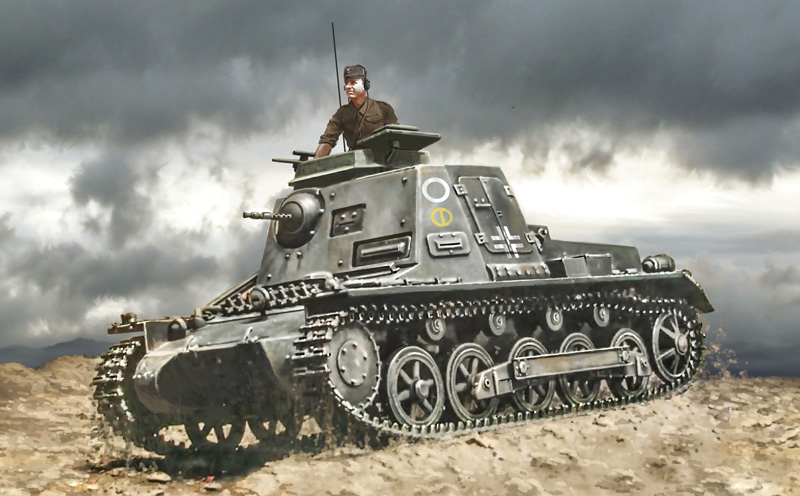 The Sd.Kfz 265 Kleine Panzerbefehlswagen armored command vehicle was born to meet the need of the Wehrmacth Panzer Division Commanders to follow, as close as possible, the tanks and better coordinate them on the battlefield. This armored command vehicle was designed on the Panzer I Ausf. B light tank chassis.  To increase the space for the unit commander and his staff, the traditional rotating turret with the main armament was removed and a tall fixed superstructure was installed. The commander’s room was able to host the battle maps, the transmission and the communication systems. An additional radio antenna could be used, on the hull, to increase the range of radio communication.  Produced from the second half of ‘30s the “Panzerbefehlswagen” has been used in combat operations for the first time during Spanish Civil War. Considered already outdated at beginning of the World War II, it was assigned to signal corps and some of them were converted in abulances.