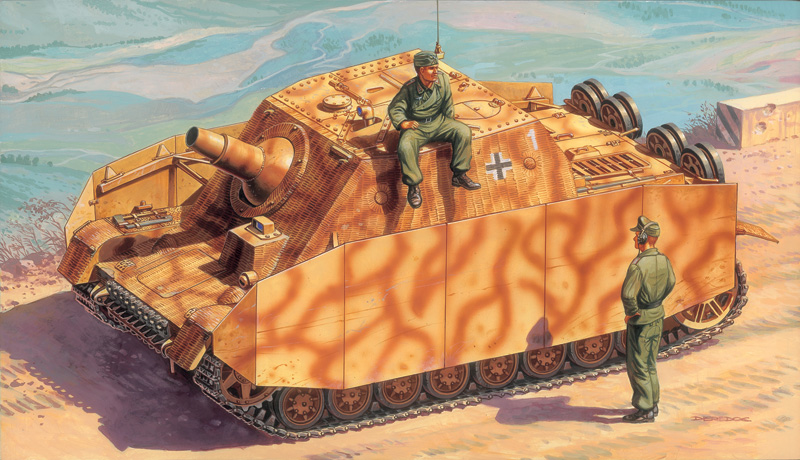 The Sturmpanzer Brummbar was based on a variation of the hull of the Panzer IV armoured tank and devised for the infantry to reduce need for bunkers and fortified resistance centres. This vehicle was fitted with a heavy 15 cm howitzer with shortened mine-launching barrel, fully capable of completing its task. 306 models were built in early 1943 when the vehicle was first introduced.