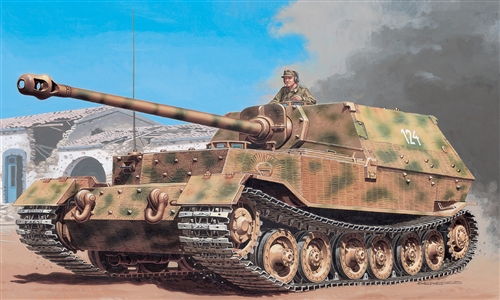 These vehicles, which mounted a casemate gun, were used extensively by the German Army throughout the Second World War, providing covering fire for infantry and also being used as tank-busters. Several hundred of this particular self-propelled gun - constructed on a Pz.Kpfw. IV tank chassis - were built in several versions that underwent constant armour and gun upgrades to keep pace with the development of enemy weapons.