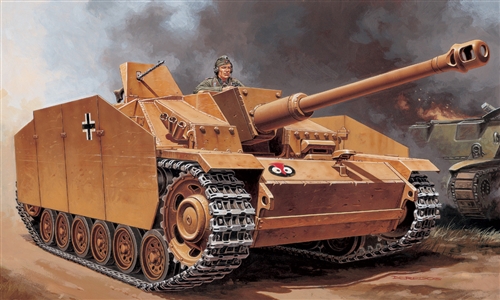 The need to oppose the ever-more powerful Russian tanks led the German army to develop several specialised solutions: the Elefant tank destroyer, of which only a limited number were ever produced, was one of the most famous. Mounting a devastating 8.8 cm gun, it could fight the feared T 34 even at considerable range, yet as it had no machine guns to protect it from close-range infantry attack, it often proved vulnerable.