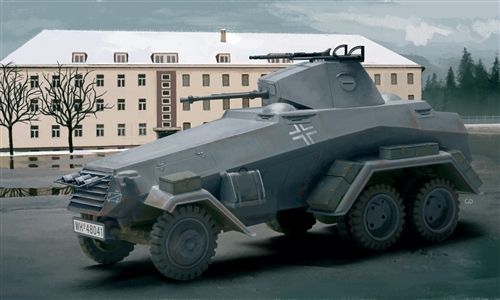 This armoured scout car was produced in the 1930s for the German Army. Only a limited number were ever produced, yet the experience gained with these vehicles made them a valuable stepping stone towards the development of later models. The 231 was used right up until the early stages of the Second World War when it was replaced by more modern, efficient armoured cars. It featured a three-axis chassis with twinned rear wheels, light armour and a 2 cm cannon.