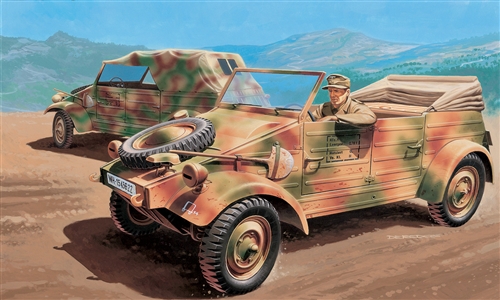 The VW Typ 82 Kubelwagen won instant acclaim on account of its excellent all-terrain performance, despite its lack of raw power and rear-wheel drive. The original design dates back to December 1939: it was initially given a lukewarm reception, being criticised on account of its rear-mounted air-cooled engine and lack of four-wheel drive. However, following successful trials in Poland, the doubts were soon dispelled and its performance was deemed equal to that of any 4-wheel drive off-road vehicle.