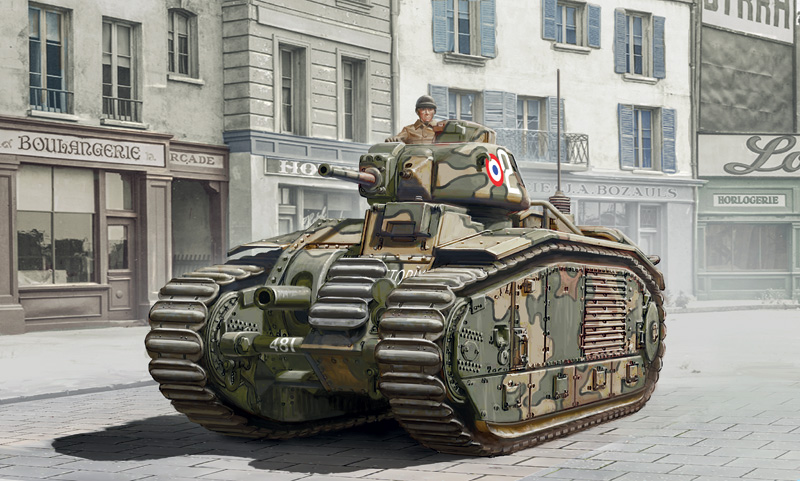 The “Char de Bataille” B1 was the main heavy tank used by the French Army during World War II. The original project was set up in the mid-1920s (many technical solutions adopted as the large tracks are derived from the First World War main tanks) but the delivery to the French Army started only in the mid-30s. Massive and robust, Char B1 was improved in “bis” version to increase its operational effectiveness. It was armed with the 47 mm gun, located in the small turret, and the 75 mm howitzer located in the hull. The tank was characterized by a strong armour able to provide a good protection. However the heavy weight negatively affected the speed (28 Km/h) and the on road and off road maneuverability . Even if it was a good tank for those times, the Char B1 bis was deployed to support the infantry Divisions  and not in Tanks Divisions. Due to this it was impossible to compete against the German Panzer Divisions during the French Campaign on 1940. After the fall of France a certain number of Char B1 has been used by German Army. Most of them became platforms for flamethrowers and known as PzKpfw B1 Bis (f) flamm.