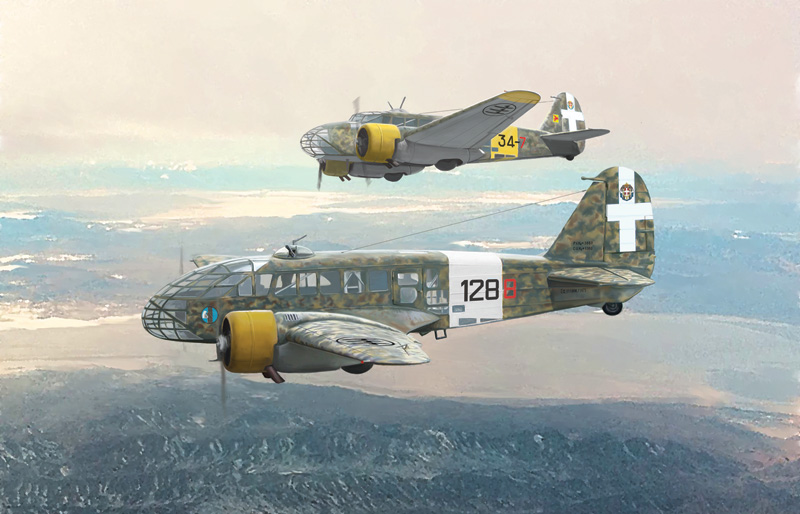 The Ca.311 was projected as reconnaissance aircraft able to develop also missions as light bombardier and ground attack. The Italian company Officine Caproni realized their Ca. 310, then evolved in the Ca.311; the airplane, with elegant lines, was able to fly at 220 knots and was characterized by an almost entirely clear nose, particulary conceived for the better ground observation. Its armament was constituted from three 7,7 mm machine guns, one in ventral position , one in the Lanciani type revolving turret in dorsal position  and one  positioned on the left wing . The airplane was also able to transport up to 400 kilograms of bombs in the fuselage. The Ca.311 would have developed his missions from 1940 on all the war fronts: from northern Africa, to the Balkans and to Russia, recording also a certain success among the crews for his manageability and his reliability,  despite the limited defensive armament and some problems about the reduced engines power. Several planes would have remained in service for training up to 1945, both with the Regia Aeronautica in the southern Italy and with the Aeronautica Nazionale Repubblicana in the north.