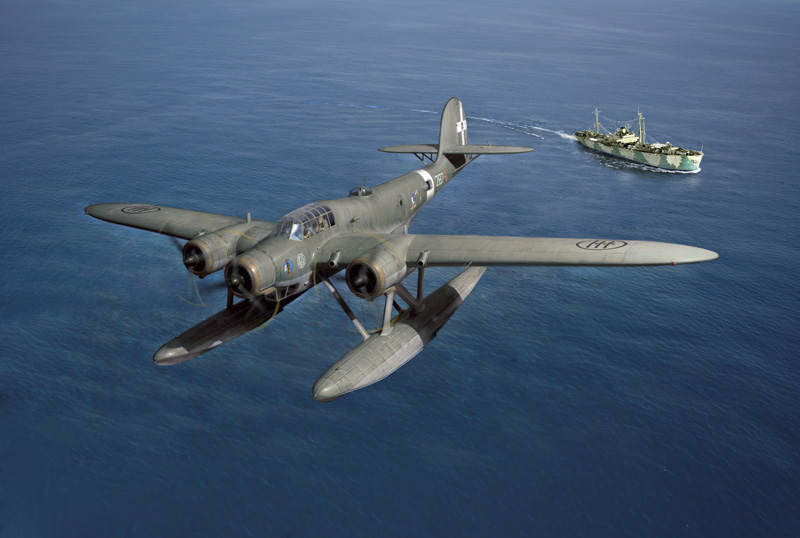 Produced by the Italian company C.R.D.A. (Cantieri Riuniti dell'Adriatico), the CANT Z 506 Airone (Heron) was a triple-engine, low-wing floatplane  characterized by an extraordinary reliability and robustness. It entered in service in the second half of the ‘30s. Despite the fuselage and the wings based on wooden structures, the Airone was able to operate in very bad weather conditions. It was used by Italian Regia Aeronautica as bomber and long range maritime reconnaissance aircraft. It was also used to perform search and rescue duties on the sea. The good flying performance are proved by the extraordinary longevity. Some “506” examples survived in post-war service until 1960 and they have been used as S.A.R. planes by Italian Air Force.