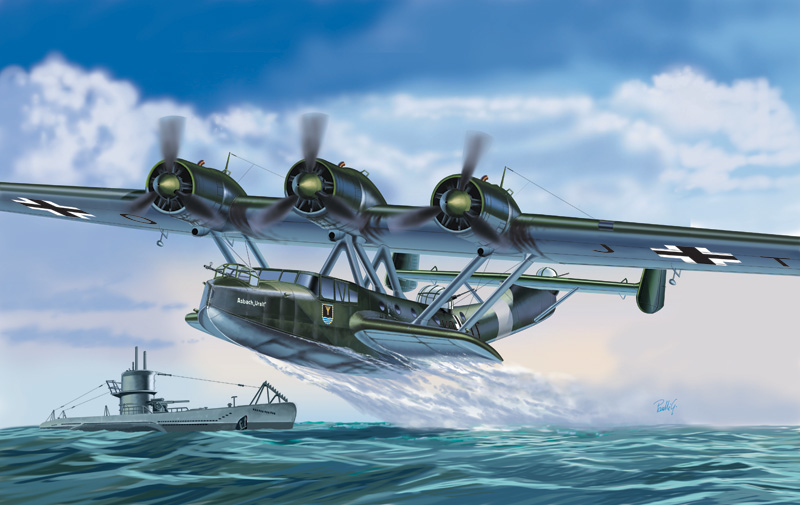 The Dornier Do 24 was a  broad-beamed hull flying boat  designed to perform  reconaissance, bomber, maritime patrol , search and rescue duties.  Developed by Dornier as replacement of the old “Wal”, the new Do-24 was characterized by a power plant of three 940 HP Bramo wing-mounted radial engines. The solution adopted, much more modern and reliable than the previous one, combined with a robust parasol-wing and twin tails, allowed to Dornier Do-24 to reach a top speed of 340 Km/h.  Thanks to its range of 2,700 Km and thanks to its offensive load of 1,200 Kg, the Dornier Do-24 has been  used for several operational tasks on all fronts. Furthermore it has been appreciate for its reliability and flexibility and, due to this, it served with German Luftwaffe during all the years of World War II.