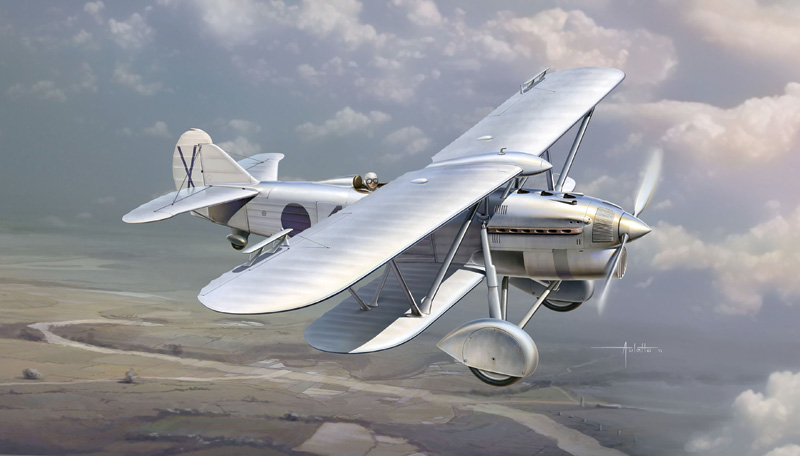 Designed in the early part of the '30s, the Fiat CR 32 was powered by an V 12-cylinders, producing 600 hp. It was able to reach, as maximum speed, 375 Km / h. Among the most famous biplanes of aviation History the CR 32 was characterized by an extraordinary maneuverability. It was also strong, very reliable and well armed for the historical period, with two 12.7 mm Breda-Safat machine gun located on the top of engine and firing through the propeller disc. The Fiat CR 32 had its baptism of fire with the Legionary Air Forces, during the Spanish Civil War, and soon obtained the air superiority against the Soviet-made monoplane fighters, like the Polikarpov I-16, that formed the Squadrons of Republican Aviation. Thanks to the extraordinary mobility and the training of pilots, the Italian fighters prevailed even on from more modern enemy airplanes such as the Soviet-made Tupolev SB-2 bomber considered, thanks to its speed, impossible to be intercepted.