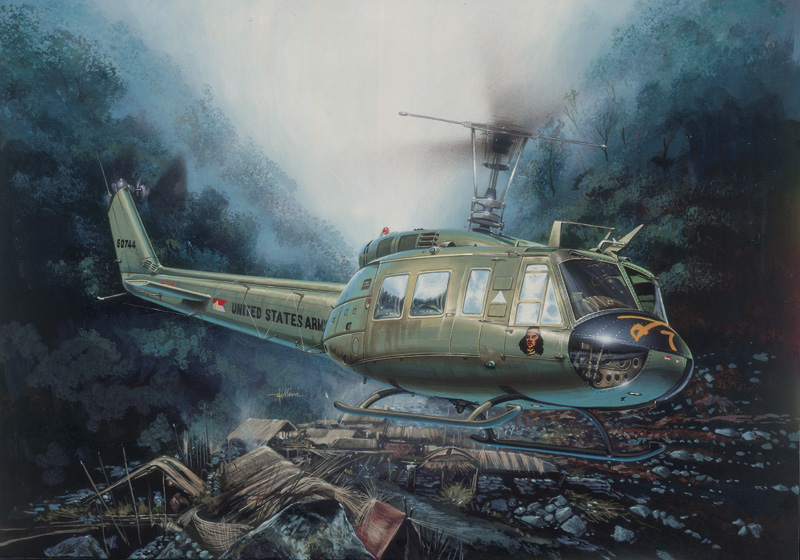 This robust helicopter was first intoduced during the mid-fifties and may be the known rotor-blade aircraft world-wide. Reliability is its greatest feature. It was designed for the U.S. Army during the Vietnam war. Thousands of UH-ls are in service as transport, ambulance and attack aircraft. Licensed production in Italy, Germany and Japan make it part of the armed and police forces of more than fifty nations. Presently twin-engine versions (Italeri kit no. 847) are being produced. This helicopter may well serve for the next twenty years or more.