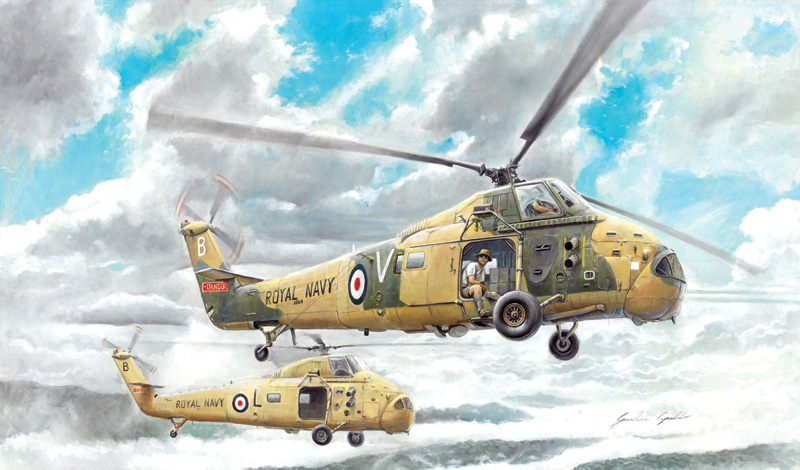 The Wessex, in its various versions, was widely used in the 60s and 70s by the British forces. Directly derived from the American Sikorsky S-58 "Choctaw" it was produced under license by the British company Westland since the late '50s. More in detail, the Wessex HAS 1, initially produced for the Royal Navy, was characterized by significant capabilities in all-weather operations and able of being an effective anti-submarine platform. Compared to its predecessor, the Westland Whirlind, the Wessex is a decisive improvement with grater offensive load capacity and a much better reliability. One of the main differences from Sikorsky’s S-58 was the replacement of the piston engine powerplant with an innovative – for the age – turboshaft Rolls-Royce Gazelle engine.