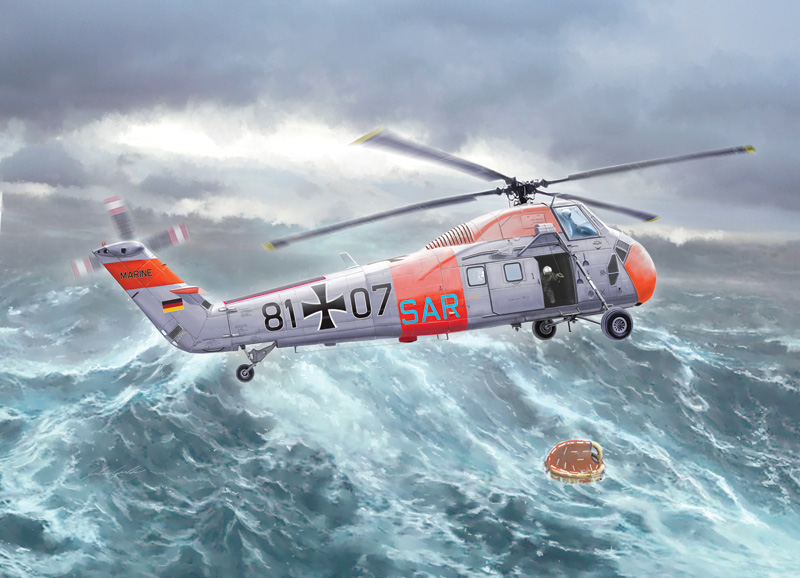 The helicopter SH-34, developed by the American company Sikorsky in the first half of the '50s, was used by a significant number of Countries that have recognized its excellent features.  During its career, it has taken part to several conflicts from Algeria to Vietnam. It was one of the last piston-powered helicopter design, produced in huge numbers, before the introduction of turbine-powered types.  It was widely used to perform different kind of duties by U.S. Army and U.S. Marine Corps. However, thanks to its reliability and sturdiness,  it was mainly used as medium transport and utility helicopter. It has also been used in “search and rescue” and MedEvac operations or, in the naval version, as Antisom warfare platform.