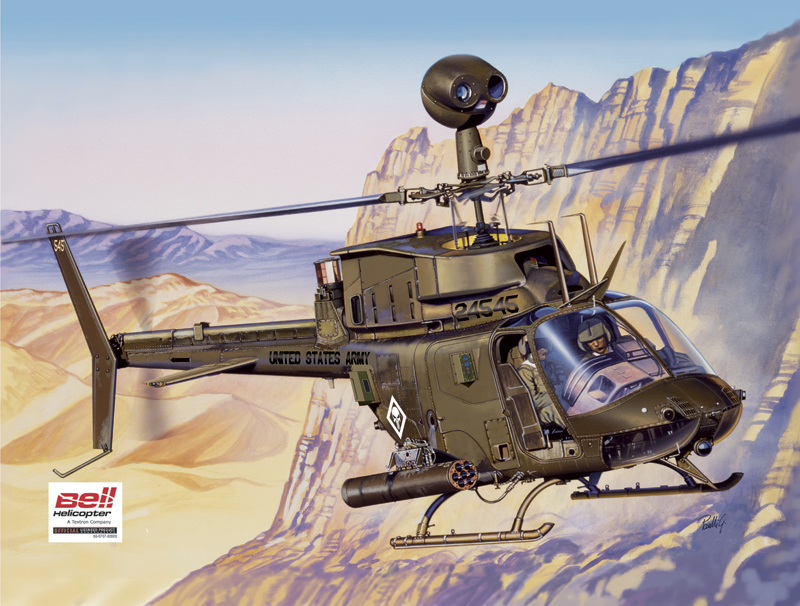 The Bell OH-58 Kiowa, is not only one of the most famous helicopter in history but is also characterized by an extraordinary longevity and flexibility. The OH-58 has been in continuous use by the U.S. Army, with several versions, since 1969. Derived directly from 206 Jet Ranger model, OH-58 Kiowa was used to perform reconnaissance, observation and advanced tactical support duties. OH-58D series was the result of several developments such as the adoption of a more powerful engine, the introduction of the 4-blade rotor, and the use of MMS above it. The latest version, the OH-58D Kiowa Warrior, is primarily operated in an armed reconnaissance role in support of ground troops thanks to the adoption of two side pylons capable of carrying different combinations of weapons such as AGM-114 Hellfire missiles, Hydra rockets or air-to-air Stinger missiles. The Kiowa Warrior was used, by U.S. Army, during Operation Iraqi Freedom in Iraq and Operation Enduring Freedom in Afghanistan.