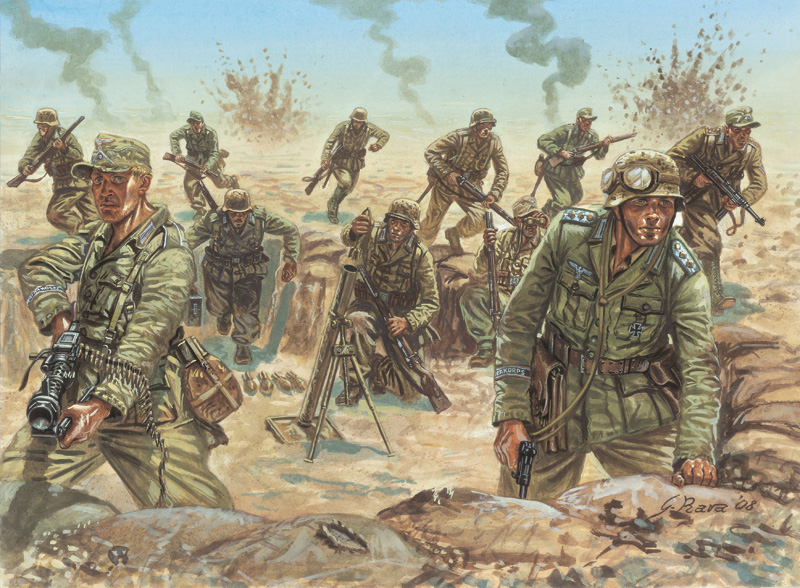 After the loss of Cyrenaica, Italy requested a German intervention, and in February 1941 the first troops of what was to become the famous Deutsche Afrika Korps led by General Erwin Rommel were sent to North Africa. The troops of the Axis in a few months took back Cyrenaica and Tobruk, and advanced into Egypt. Constantly short on supplies, they were defeated by the 8th British Army at El Alamein. The additional pressure caused by the American arrival in Morocco forced the Afrika Korps to gradually retreat in Tunisia during 1943.