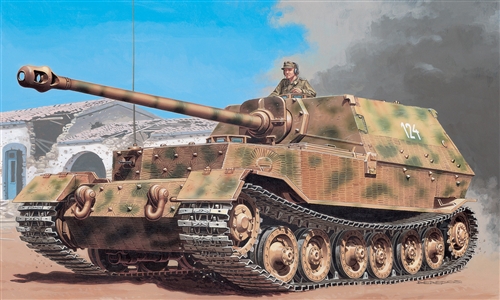 The Elefant tank hunter was probably the biggest armoured vehicle built during World War II. Officially designed as Jagdpanzer Tiger (P) Elefant, a conseriderable number of them were built. After the famous tank battle at Kursk, on the Russian front, they were moved to Italy where they operated until 1944.