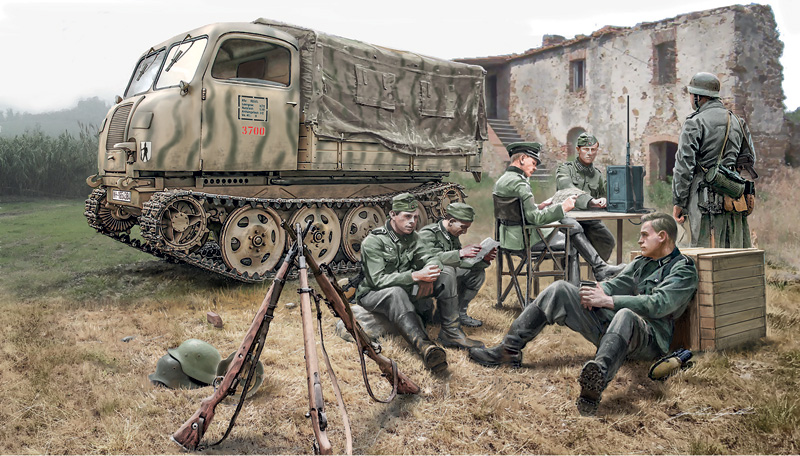 In order to cope with the poor road conditions on the Eastern front, the Germans built tracked tractors to tow all types of vehicles and also serve to carry various loads from ammunition to food supplies. The official description of this vehicle was “Raupenschlepper-Ost” (tracked tractor-East).The RSO/1 was built by the Steyr-works in then annexed Austria. It had a commercial-type pressed steel cab, but a wooden cargo body. It proved ideal for the mud and slush conditions of the Russian front. The vehicles were part of the desperate German efforts to avoid defeat by the overwhelming Soviet armies.