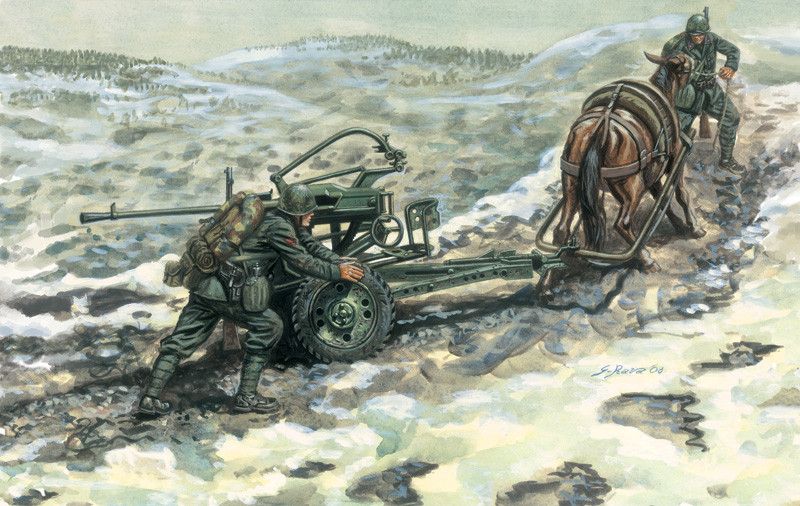 The Breda 20/65 was developed during the 1930s to be deployed as a dual-function weapon. It could be used both in an anti-aircraft role and against ground targets. It was similarly effective against lightly armoured vehicles such as trucks, armoured cars and light tanks. The Breda’s ammunition could penetrate armour up to 30mm. thick. It was supplied in a variety of configurations for the Italian “Regio Esercito,” which used it in a fixed position installed on trucks and reconnaissance cars, or in the extremely popular towable field version. The tripod carriage had a stable cross platform with two foldable side legs for towing operations, and two side wheels. It was used by the Italian Army on all its operational fronts during WW2.