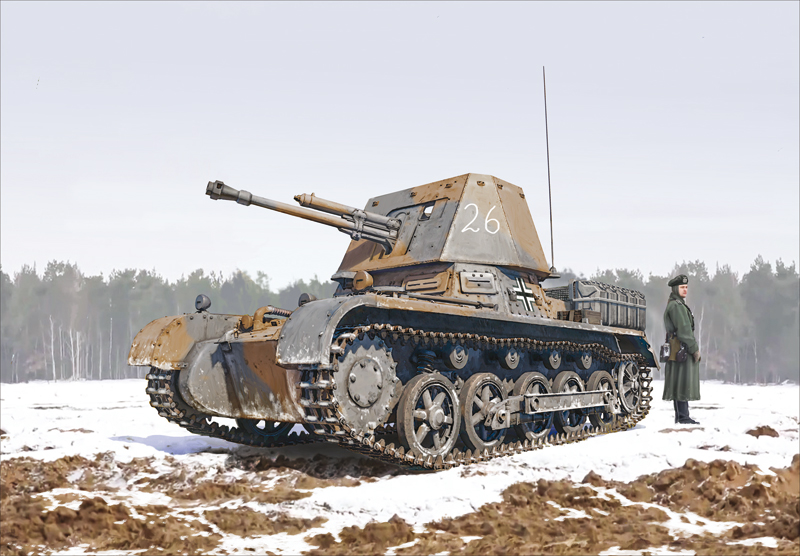 The self-propelled Panzerjager I tank destroyer was built on the hull of the Panzer I light tank and armed with an effective weapon of the period, the 47mm Czechoslovakian anti-tank gun. The Panzer I tank had in fact a protection and armament capability no longer in keeping with the operational needs of the German armoured divisions. However, it had good mobility and a robust chassis which was ideal for the positioning of the anti-tank gun, which was sited behind an open steel shield. The Panzerjager I was deployed by the Wehrmacht during the invasion of France, in North Africa and in the early stages of Operation Barbarossa in 1941. It held a goodammunition supply, with over 70 rounds available for gunners. It was systematically replaced during the war bymore heavily armored tank destroyers, better equipped to deal with modern tank armor against which the 47 mm gun proved to be ineffective.